Wandlore: The Art of Crafting the Ultimate Magical Tool

Posted on August 21, 2016 by thedarklingwoods 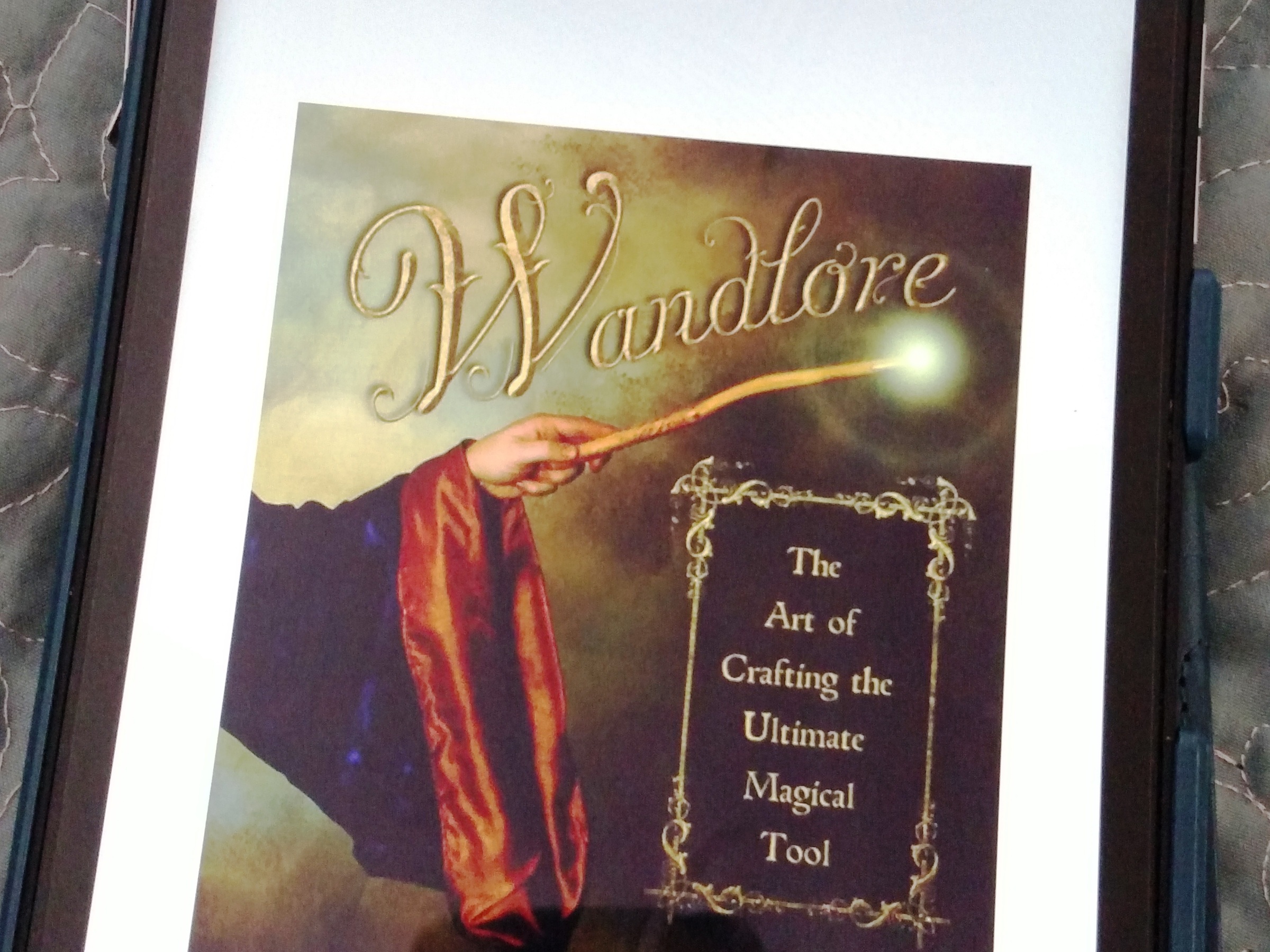 Mr. Potter.  Wandlore  is a

Mr. Olivander in Harry Potter and the Deathly Hallows

Wandlore has a five star rating on Amazon for a reason.  It is the ultimate book for crafting a very ancient tool. Easily one of my favorite magical books of all time, and that is saying something as I have quite a few!  Complete with lore from many traditions but told effortlessly from a Druid’s perspective.  That being said, anyone from any tradition can use this book and the rituals therein.

Obviously, Alferian Mac Lir has created countless wands and while doing so discovered magical things about the woods he was using. Central to this book is the belief in waking up and working with the dryads of the tree from which the wand is shaped, as well as, the spirits of stones, crystals and metals.  All these can combine to create a wand with the characteristics of each, woven into a powerful tool.

Wandlore covers the magical attributes of many trees, as well as, the magical properties of stones, and metals.  He goes into depth about the process involved in making a wand complete with directions for taking the bark off (or leaving it on), sanding, shaping, and carving, and the tools one would use to do this.  I really liked the fact that he divides the wand up into 4 parts; the tip, the shaft, the handle, and the pommel or reservoir.  He also explains how to set a stone or crystal into the tip or the pommel, which is helpful, as well as, discusses  many types of symbols and runes you could carve into the wand.  In fact, this book is so complete in everything “wandish” that you probably don’t need any other literature on the subject.

I was so inspired by this book that I went out into the woods shortly after finishing and collected a nice sturdy branch. I spent countless hours peeling the bark off and sanding it to a shiny gloss.  I ended up staining mine and

painting it into a serpent wand complete with eyes and scales.  I would have never thought to set a stone in the pommel but I ended up fixing a rough garnet crystal into the end.  It turned out absolutely beautiful.  I also used the rituals in the book to wake up my wand and enchant it.  This is also a major section in the book and a very important part of wand creation.

The aesthetics of the book are also amazing.  There are many close-ups of woodcarving in  progress and beautiful full color images of finished wands, as well as, wonderful sketches.  It will truly take your wand making abilities to the next level.